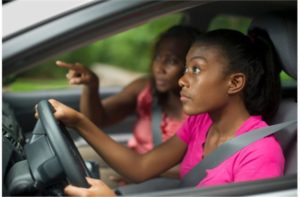 Although there are others, let’s focus on 2 considerations.

WHOSE CAR IS IT?

I’m about to give you what I suspect is my most-ignored advice.

In my opinion, a first-year licensed driver, usually a 16-year-old in most states, should not have a car. It’s too early. It’s too dangerous. Although there isn’t a LOT of research, there is some data to suggest that teenagers are more likely to crash a car that they consider THEIR car. (Teenagers consider a car their own for exactly ONE reason, their parents have told them that it’s THEIR car.)

For the first 6 – 12 months of with a new license, I truly believe it would better and safer for that young person to borrow a family car. Now, suppose that for the sake of convenience, you want your teenager to drive in a car that’s not the one you drive, or the one your spouse drives (if applicable.) Consider, then, obtaining an ADDITIONAL FAMILY CAR and require your teenage to rotate driving the different cars.

Why? I’m not being punitive. I believe delaying your teen getting his or her own car is safer because, among other things, it discourages a sense of personal ownership of the vehicle, which I then do believe increases safety. Think about it. Is your child more likely to drive recklessly in his snappy little import, or her big truck, versus your prized Camry or Tahoe?

Awesomely, it easy to check a car you want your teenager to spend time driving for crash test results.

Google “Crash tests” or try this, this, or that.

In recent years, there are lots of available articles about best cars for teens. Try these.

This is a free public service website. Everyone on it is free. We have nothing to sell. There are no ads. Period.

Here’s another one of our sites, on smartphones, social media, technology, and parenting!